How Can I help? 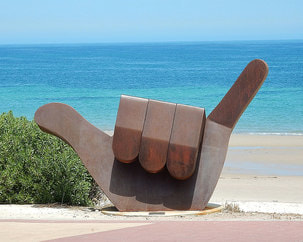 In its simplest terms, legislative advocacy is working with individual lawmakers and lawmaking bodies to gain support for your cause or initiative, for the needs of a specific population, for an organization or group of organizations, or for specific services. The primary way you can help is by contacting your legislator.

Actual legislative advocacy can involve anything from working personally with a legislator or aide on the wording of a bill to mobilizing hundreds, or even thousands, of supporters to bombard a legislature with phone calls about an issue. It includes educating legislators, supporters, and the public about the issue; working with the media; continuously seeking out allies; and being persistent over long periods of time.

Lawmakers' support can take several forms: A bill with funding attached. You might want to advocate with state or federal legislators to sponsor a bill which, if passed, would provide money to work on your issue or benefit your target population. Much government-sponsored AIDS research has resulted from funding legislation that passed largely through the work of advocates and other activists.
A bill with wording that supports a particular philosophy or helps to legitimize your issue. Such a bill might affirm the responsibility of government to deal with a particular problem or provide a particular service. Even if there's no money attached, having that wording pass into law makes it easier to get funding later, and makes the importance of the issue clearer to the community at large.
A bill with regulations that benefit your target population or advance your cause. A welfare reform program that includes education and training for recipients, continued medical insurance for a period after people get off welfare, and other support services is far more likely to work to the long-term advantage of recipients, for instance, than one that simply pushes people off the rolls after a certain period of time.
A local ordinance that supports your cause. Town Councils, Boards of Health, Conservation Commissions, and other local bodies can make regulations that promote particular health, social, or environmental agendas. For example, in the past few years, many town Boards of Health have banned smoking in restaurants in order to protect non -smoking patrons from the effects of second-hand smoke. In some instances, local housing authorities evict from public housing the families of tenants who take part in racist activity.
Budget advocacy. Federal, state, and local governments approve budgets each year. Groups often advocate to put new or more money in the budget for their issue; to get proposed funding levels approved by the whole legislative body and signed into law by the executive; or to reverse proposed cuts in funding.
Simple political, intellectual, or moral support. This might be the support of lawmakers, like Congressmen or state legislators, or it might be the support of other powerful people who don't directly make laws themselves, but are listened to by those who do. A governor of a state, or the President, for instance, can't make laws; but he can propose and veto bills, push for specific policies, and set policy through the ways laws are implemented and enforced by his office.
Links to other contacts. Through their own networks, lawmakers and other government officials can often introduce you to other legislators or people who can be more directly helpful than they themselves can, or can call in favors to support your issue.